We kicked off 2016 with another brutal Prose Bowl.  Though the weather outside was frightful, the dedicated gathered at Pete’s Candy Store to throw down with poniards of pointed prose.

After our host took the time to brake down the meaning of the ill frequently used slang term “brick,” that apparently means it’s really damn cold outside, we dove right into the battle. 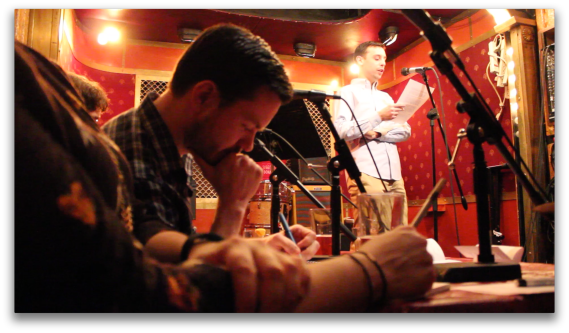 Tim brought us through the bright and the dark of memory.  Bridget taught us how she makes her bed.  Mike took a shortened ride with some worrying characters.  And PJ had a never ending bottle of wine that I could have used on the weekend of Storm Jonas. 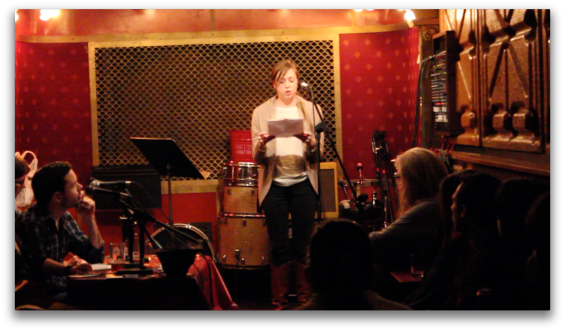 Our panel, comprised of artist-in-residence Christopher Green, and Brian and Jill from our cousin show, Pete’s Reading Series, provided kind commentary, before choosing our two finalists to go into the lightning round.

This time our two combatants were Bridget and Mike, and after a flurry of florid fables, Bridget took down this month’s do-dad of infinite impracticability.  She is shown below posing with her prize, her very own Wall Street Bull.

There were a few announcements as well.  The Prose Bowl staff is brewing up a podcast and some a Tournament of Champions to serve all of you denizens of diction.  This year looks to be a big one for the bowl.  We can’t want to see you all next month.

Bowl on, ladies and gentlmen.  Bowl.  On. 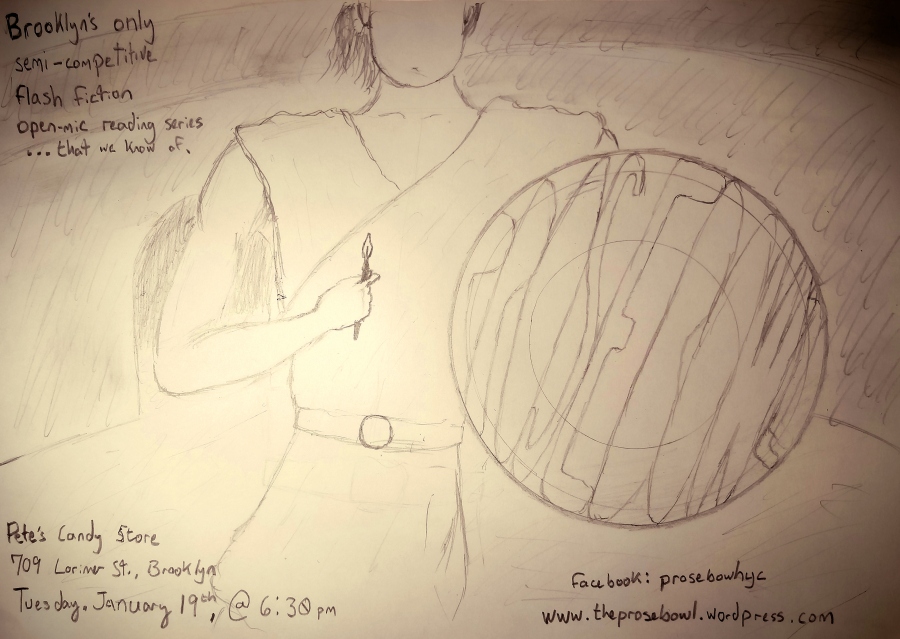 The dawn of a new year has come, but the struggle rages on!

We’re set to kick off 2016 with another four headed beast of literary wrath in this month’s alliterative altercation!!

The only question is?

Will you be one of those heads?

Get thee to your desk, and begin the scribbling, my friends in fiction, for the Prose Bowl is once again upon us!!

We’re back to our normal Tuesday spot, and we can’t wait to see you guys in whatever sweater your mom got you for Christmas since January seems to be making up for December’s mild temperatures.

Want to be part of a quad-voiced spirit of prosaic rage?  Or rather, do you want to read at our show?  Check this out.

Trying to work out what this is all about? Look right over here.

Tickets for the SUPER PROSE BOWL!

Pick them up here!